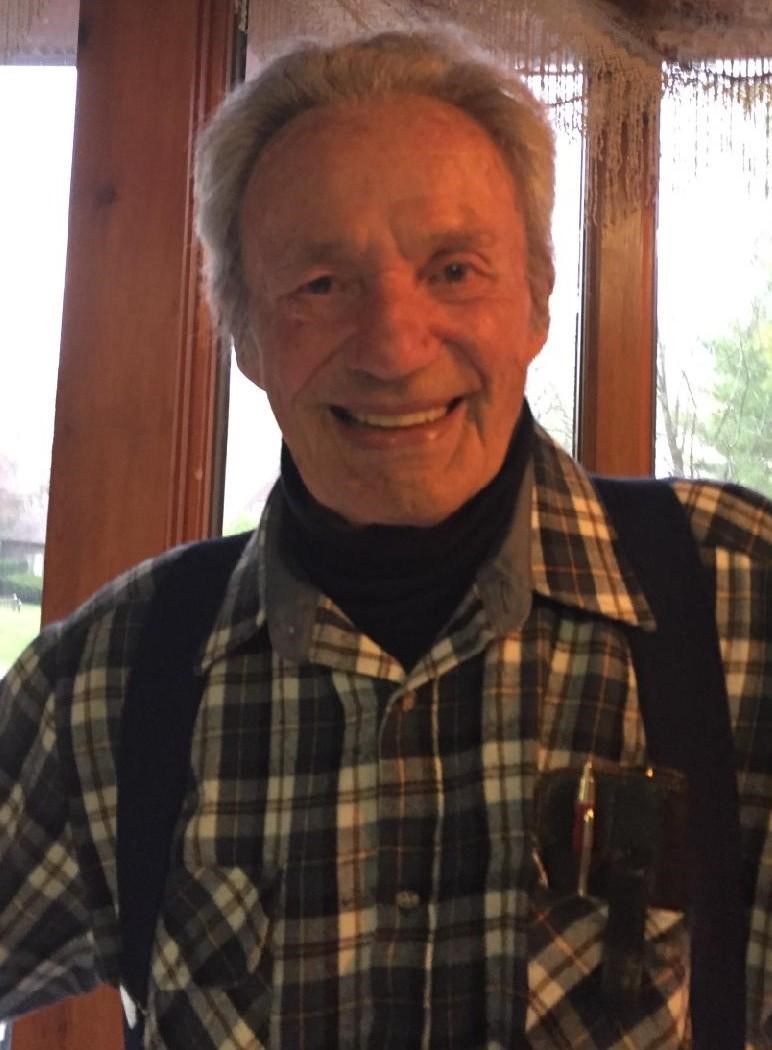 Richard James Lenzie,91, of Harvard, passed away peacefully at home with family by his side on the morning of, February 3rd, 2022. He was born on March 15th, 1930 in Berwyn, IL, the son of Harold and Kathleen Lenzie. He grew up in Maywood, IL. As a young man, Richard enjoyed boxing, football, basketball, hunting and motorcycles.

He met the love of his life, Diane Joy Anderson and they were married on October 29th,1955. They moved to Island Lake, IL soon after to start their family, where they lived until 1987. They relocated to Harvard, IL to retire and work their farmette. Richard loved spending hours in his vegetable garden, raising animals and tending to his 10 acre farm. He will always be remembered as the most genuine,loving, simple, God loving man. The loss of him will never fade from our hearts and will be forever felt.. Richard was a member of the Mason’s Union Local 2A for 68 years.

Richard was preceded in death by his parents Harold and Kathleen Lenzie, his brother Harold Lenzie, Jr., and his sister Rita Joy Wargny.

The Lenzie family would like to thank all family and friends for their support, prayers and condolences. A Celebration of Life will be at a later date for family only.

Arrangement have been entrusted to the Justen Funeral Home & Crematory. For information, please call the Funeral Home at 815385-2400, or visit www.justenfh.com, where friends and loved ones may share memories on his tribute wall.

To leave a condolence, you can first sign into Facebook or fill out the below form with your name and email. [fbl_login_button redirect="https://justenfh.com/obituary/richard-james-lenzie/?modal=light-candle" hide_if_logged="" size="medium" type="login_with" show_face="true"]
×