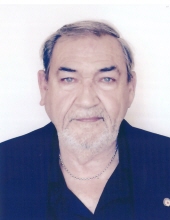 After graduating from high school, Richard served his country in the United States Navy. Once completing his service in the Navy, Richard transitioned to the Village of Skokie Fire Department, where he became a career firefighter.  Heinie retired from the Skokie Fire Department in 1997. After retirement, he moved to his home on the Fox River in Crystal Lake.  Richard was an avid golfer and was also known by many as “Mr. Fix It”.  Whether it was computers, automotive, or appliances, he could fix anything.

In addition to his parents, Richard was preceded in death by his sister, Barbara Mueller, and brother, William R “Bud” Heintz Jr.

For those wishing to send an expression of condolence, his family suggests memorials in Richard’s name be made to the 100 Club of McHenry County. 875 N. Michigan Ave, Suite 1351, Chicago, IL 60611.

To leave a condolence, you can first sign into Facebook or fill out the below form with your name and email. [fbl_login_button redirect="https://justenfh.com/obituary/richard-k-heinie-heintz-sr/?modal=light-candle" hide_if_logged="" size="medium" type="login_with" show_face="true"]
×