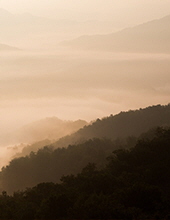 Raised and educated in Chicago, Richard lived in Woodstock before residing in Wonder Lake for the past 8 years. He was employed by Mathews Co. in Crystal Lake for almost 9 years. His family meant everything to him, and he was happiest when he was able to spend time with them.

He was preceded in death by his father, Lars, in 2010; and by his grandparents.

For those wishing to send an expression of condolence, memorials may be directed to his family at this time for a memorial to be established at a later date.

To leave a condolence, you can first sign into Facebook or fill out the below form with your name and email. [fbl_login_button redirect="https://justenfh.com/obituary/richard-v-pedersen/?modal=light-candle" hide_if_logged="" size="medium" type="login_with" show_face="true"]
×