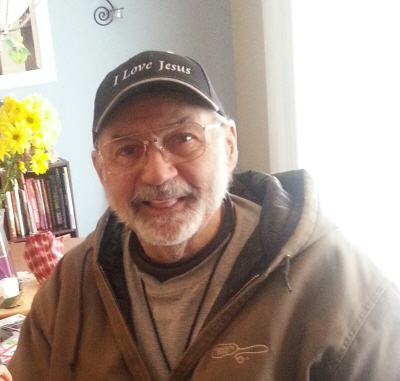 If you ask those that knew him, they would tell you he was a man of strong faith, who worked hard and could carry a conversation with a stranger as easily as he could a friend. Robert worked as a laborer for Lorig Construction for more than 20 years before retiring in 2005. He was a long-time resident of McHenry, 22 years, and a faithful participant of Fellowship of Faith church in McHenry. He possessed an unwavering trust and love for GOD and wore his heart on his sleeve. Aside from his time worshipping, his greatest pleasure in life however was spending time with his family, particularly his grandchildren. He was a proud grandfather who enjoyed riding his motorcycle and working with his hands, which included making jewelry. His incredible stories, humor, and faith will live on with his children. He is survived by his children, Cheryl (Dave) Novotny, Dawn Raisor, Tina Jahnke, Sean (Alexis) Jahnke, and Adam (Kimberly) Botts, and his six grandchildren, Wyatt, Matthew, Madeline, Noah, Bella, and Caroline.

He is preceded in death by his parents Clarence and Arlene (Herman) Jahnke and one brother James F. Jahnke.

In lieu of flowers, the family kindly asks that donations be made in Robert’s name to St. Jude Children’s Research Hospital. Donations can be made here: https://www.stjude.org/

Arrangements have been entrusted to Justen Funeral Home & Crematory. For more information please contact the Funeral Home at 815.385.2400, or visit www.justenfh.com, where friends and loved ones may share memories of Robert on his tribute wall.

To leave a condolence, you can first sign into Facebook or fill out the below form with your name and email. [fbl_login_button redirect="https://justenfh.com/obituary/robert-c-jahnke/?modal=light-candle" hide_if_logged="" size="medium" type="login_with" show_face="true"]
×