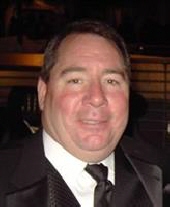 Robert D. Doessel, Jr., 53, died Friday, June 14, 2013, at the JourneyCare Hospice Center in Woodstock after a four month battle with kidney cancer. He was born January 19, 1960 in Evanston to Robert D. and Karen E. (Huber) Doessel, Sr. He lived in Streamwood when he was young, and moved to McHenry in 1967 when his dad fulfilled his dream of owning a small farm. There he raised sheep and was a member of 4-H. He became a pipefitter apprentice for Local 597 in 1979. He married Diane T. Ziska on October 3, 1981. Bob loved coaching his two boys’ baseball teams. He was a gun enthusiast and sportsman, and a Chicago Bears, Blackhawks, and Cubs fan. He had many fun summer vacations in Boulder Junction, WI with his Uncle Jim and extended family, boating and fishing. He had a passion for musky fishing, especially with his sons at his Uncle Jon’s cabin in Canada. He also enjoyed spending time in Fountain Hills, AZ with good friends. Bob was the President of EMCOR Services Team Mechanical, Inc., an HVAC company that he co-founded. He was a member of Shepherd of the Hills Lutheran Church in McHenry.
He is survived by his wife, Diane; two sons, Nicholas and Benjamin; his mother, Karen (Len) Fair; brother, John (Cheri) Doessel; sister, Kim Dunteman; cousin, Tim (Val) Watkins; parents-in-law, Ron and Joanne Ziska; sister-in-law Carol (Rick) Tomkovich; nephews and nieces, John and Kelley Doessel, Jake and Jordan Dunteman, Adam (Becky), Casey, and Chelsea Watkins, Erika and Alex Tomkovich; and many dear uncles, aunts, cousins, godchildren, and good friends. Bob has been reunited in heaven with his father, an infant brother, James, and friend, Joe Tierno.
Bob was an amazing man. He was smart in business, but also very caring and touched many lives. He also loved to have fun and lived life to its fullest! He will be deeply missed and our lives will be better for knowing him.
Visitation will be from 3 p.m. until 8 p.m. Wednesday, June 19 at Justen Funeral Home & Crematory, 3700 Charles J. Miller Rd, McHenry. On Thursday at 10 a.m., visitation will continue at Shepherd of the Hills Church, 404 N Green St, McHenry, followed by a funeral service at 11 a.m. Interment will be in Woodland Cemetery, McHenry.
In lieu of flowers, he has asked that donations be made to the National MS Society, or Shepherd of the Hills Lutheran Church in McHenry. For information, call the funeral home at 815-385-2400, or visit www.justenfh.com, where friends may send an online condolence message to his family. 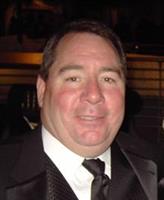 To leave a condolence, you can first sign into Facebook or fill out the below form with your name and email. [fbl_login_button redirect="https://justenfh.com/obituary/robert-d-doessel-jr/?modal=light-candle" hide_if_logged="" size="medium" type="login_with" show_face="true"]
×