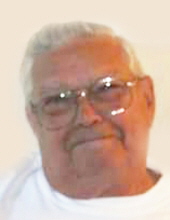 Bob was a graduate of McHenry Community High School, where he played quarterback for the McHenry Warriors football team. Following graduation, he served in the Korean War, where he achieved the rank of Sergeant and was awarded the Korean Defense Service Medal with 3 campaign stars and the United Nations Service Medal.

In McHenry, he was a volunteer for the McHenry Rescue Squad and played in the McHenry Red Devils adult marching band.  He worked in construction as a carpenter for many years, both in Illinois and later in Wisconsin, after moving to Manitowish Waters. When he wasn’t on the job, he used his carpentry skills to help friends and family complete countless projects, including additions, garages, and cabins, as well as finishing basements and bathrooms, just to name a few.  His favorite hobby was catching the biggest fish — or telling the biggest fish story to friends and family.

After retirement, he moved to Florida, where he enjoyed the company of many close friends, who shared his love for a beer and a good laugh.  He was known by most as the “Mayor” or “Boss Hogg”, nicknames he truly cherished.  He especially enjoyed the Christmas drive to buy toys for needy families, an annual event at Mike’s Friendly Pub.

Bob was preceded in death by his parents; his wives, Gerry Becker and Helen Becker; his grandson, Benjamin Vaughn; and his brother, Richard Becker.

The family plans to celebrate his life later this year when all can share and pay tribute to their father, brother, grandfather, and friend.

To leave a condolence, you can first sign into Facebook or fill out the below form with your name and email. [fbl_login_button redirect="https://justenfh.com/obituary/robert-franklin-bob-becker/?modal=light-candle" hide_if_logged="" size="medium" type="login_with" show_face="true"]
×