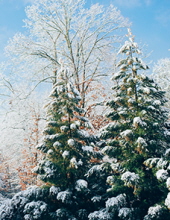 For most of his life, Robert was a milkman and proprietor at B & K Dairy. For the last 16 years, Robert was a dedicated employee of Walmart in McHenry.

In his leisure time, Robert was a family man and a proud grandfather. He was a kindhearted jokester who enjoyed putting a smile on everyone’s face. He had a great sense of humor and loved writing his own jokes. In addition to his jokes, he found pleasure in writing poetry.

Robert was preceded in death by his parents.

Funeral Services are private for the family. Those wishing to donate in Robert’s name are encouraged to donate to the Northshore Animal League, 16 Lewyt Street Port Washington NY 11050

To leave a condolence, you can first sign into Facebook or fill out the below form with your name and email. [fbl_login_button redirect="https://justenfh.com/obituary/robert-j-ford/?modal=light-candle" hide_if_logged="" size="medium" type="login_with" show_face="true"]
×