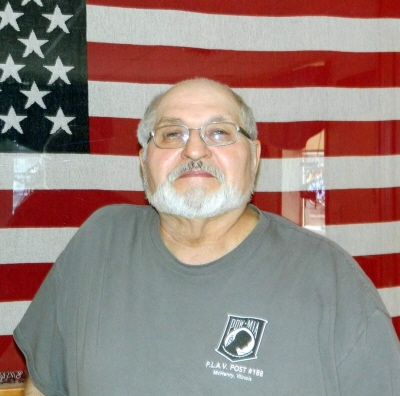 Bob was Born in Oak Park, IL to Lavergne and Stephen J. Zriny and lived in the McHenry area his whole life. Bob attended McHenry Schools and graduated from McHenry Highschool in 1964.  After high school he joined the United States Army and served his country until he received an Honorable Discharge in 1973.  In 1971 Bob started his long career with Commonwealth Edison and was a member of the IBEW local 15 and retired in 2002. Bob was a loving Father, Grandfather, Brother, Uncle and had many friends. Bob enjoyed Hunting, fishing and his weekly golf games.

Bob was a valued member of the Polish legion of American Veterans post #188, the VFW post #4600, Moose lodge #691 and The American legion Auxiliary #491. He was dedicated to fundraising for our local veterans and always showed his gratitude to the newest members of our forces in training by cooking Thanksgiving dinner and lending them a phone to call their families. Bob was a member of Shepherd of the Hills church.  Bob was loved and respected by many and He will missed whole heartedly!

Due to covid 19,  funeral services will be private at Shepherd of the Hills church in McHenry, IL and burial will be held at a later date at the St. Mary’s cemetery.

In lieu of flowers please donate to your favorite charity or contact your local veterans organizations to donate or volunteer.

Arrangements have been entrusted to the Justen Funeral Home & Crematory in McHenry, IL.  For information, please call 815-385-2400 or visit www.justenfh.com where friends and loved ones may share memories of Bob on his tribute wall.

To leave a condolence, you can first sign into Facebook or fill out the below form with your name and email. [fbl_login_button redirect="https://justenfh.com/obituary/robert-john-zriny/?modal=light-candle" hide_if_logged="" size="medium" type="login_with" show_face="true"]
×