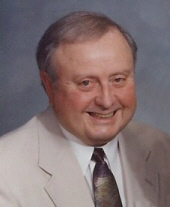 Robert L. “Beef” Freund, age 86, of McHenry, passed away Monday, April 17, 2017, at his home, surrounded by his loving family. A lifelong resident of McHenry, Bob was born on November 1, 1930, the third son of three children of George P. and Mary A. (Meyer) Freund. After graduating with the Class of 1948 from McHenry High School, Bob served his country in Korea as a member of the United States Marine Corps from 1951-53, attaining the rank of sergeant. On November 26, 1955, he was united in marriage with the love of his life, Renee A. Kalsch, at St. Mary’s Church in McHenry.

Bob worked with his father and brothers at the family business founded by his father, George P. Freund Inc., for 52 years of the company’s 61-year history. The longtime McHenry business sold agricultural, construction, and lawn & garden equipment. Bob started as a mechanic, then became shop foreman, and eventually was in charge of lawn & garden sales.

For most of his lifetime, music was his passion. Throughout the years, Bob shared his love of music and his musical talents with McHenry residents as a member or leader of various musical groups. He began his interest in music in high school playing with the McHenry High School Band, and continued with participation in drum and bugle corps, first with the McHenry Red Devils, sponsored by the VFW Post 4600, and later with the Men of Brass. He formed his own groups with the Bob Freund 5-piece band and 10-piece orchestra, as well as the Fireball 8 Dixieland Band. For many years, Bob’s bands were hired for weddings, anniversaries, banquets, and other social gatherings. Bob also played in the McHenry City Band for 56 years, while also serving as band director for 13 years. In 2013, Bob was grateful to have the bandshell named in his honor. He also volunteered his musical talents, serving as bugle instructor for the McHenry Viscounts Drum & Bugle Corps. Many Memorial Day and Veteran Day celebrations featured Bob as bugler, and many veterans families were honored to have Bob play taps at their loved one’s funerals. Bob was a staple at every Marine Days/Fiesta Days parades (except while he was in Korea with the Marines), first starting with the high school band, then the drum and bugle corps, and with Fireball 8 up until his health forced an early retirement in 2005.

In addition to his parents, Bob was preceded in death by two brothers, James Freund and George (the late Gloria) Freund.

For those wishing to send an expression of sympathy, his family suggest memorials in Bob’s honor be made to St. Mary’s Catholic Church or to McHenry VFW Post 4600.

A special thanks to JourneyCare Hospice, especially nurse Kelly, and his special caregiver, Mike. 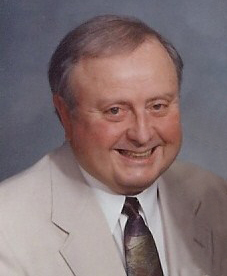 To leave a condolence, you can first sign into Facebook or fill out the below form with your name and email. [fbl_login_button redirect="https://justenfh.com/obituary/robert-l-beef-freund/?modal=light-candle" hide_if_logged="" size="medium" type="login_with" show_face="true"]
×