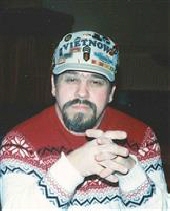 He was born August 20, 1947 in Chicago to Norbert and Leone (Eckstein) Wroblewski. On August 27, 1966, he married Peggy Sue Barnett at the First Baptist Church in Carpentersville.

Roger was a veteran of the U.S. Army, and served two tours of duty during the Vietnam War from 1965 to 1968. He was the recipient of a bronze service star.

After serving his country, Roger worked in sales and later was a truck driver. He remained very active with veterans organizations, and enjoyed outreach activities to help other veterans. Roger was the past-president of the McHenry County Chapter of VietNow, where he also held all offices throughout the years.

He loved the companionship of his dog, Ivy.

Roger was preceded in death by his father.

The funeral service will be at 1 p.m. in the funeral home.

Interment will be in McHenry County Memorial Park in Woodstock.

For those wishing to send an expression of sympathy, his family suggests memorials be directed to VietNow, P. O. Box 1586, Woodstock, IL 60098.

For information, please call the funeral home at 815-385-2400, or visit www.justenfh.com, where friends may leave an on-line condolence message to his family. 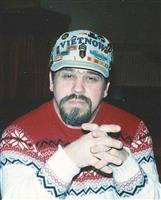 To leave a condolence, you can first sign into Facebook or fill out the below form with your name and email. [fbl_login_button redirect="https://justenfh.com/obituary/roger-j-wroblewski/?modal=light-candle" hide_if_logged="" size="medium" type="login_with" show_face="true"]
×