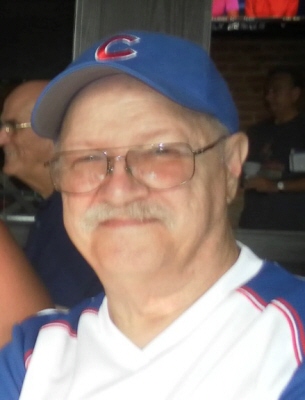 A loving husband, father, and grandfather, Ron was a man whose family was everything to him. He loved spending time with his family, and they were his legacy. Ron hoped that his family would always be there for each other and would stick together. A man with a great sense of humor. Anytime something was needed or something needed to be fixed, he was always willing to lend a hand no matter how big or small. Ron was an avid fan of the Chicago Cubs, and was thrilled when the Cubs won the World Series in 2016. Once he retired from construction he tried to never miss a Cubs game so everything else had to be around the Cubs schedule so that he would not miss an inning of any game. He also enjoyed the Chicago Bears, woodworking and making furniture, bowling, camping and riding his Harley.

He was preceded in death by his parents, Martin & Stella Chovanec; brothers Martin Chovanec, Frank Chovanec, and Robert Chovanec.

A celebration of life will be held at a future date and time.

To leave a condolence, you can first sign into Facebook or fill out the below form with your name and email. [fbl_login_button redirect="https://justenfh.com/obituary/ronald-chovanec/?modal=light-candle" hide_if_logged="" size="medium" type="login_with" show_face="true"]
×