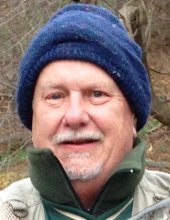 Formerly of rural Palatine, Ron and Anna called Wonder Lake home since 1974. For over 30 years Ron was a successful salesman, selling paper goods to book publishing companies. Ron loved hunting and was an avid fisherman in the Illinois and Canadian waters, his favorite catch of the day was the walleye. He was very handy around the house, completely remodeling it throughout the years. Along with his home, he took joy in maintaining his gardens and property, as well as watching and feeding birds.

Ron had great pride and love for his family and enjoyed coaching his daughters when they were younger playing softball. He also enjoyed watching his granddaughter sing in her chorus concerts. He will not only be missed by his family and friends, but also by his loyal canine pal, Ziva. Ron will be reunited with his other canine pals, Bailey and Molly.

In addition to his parents, Ron was preceded in death by his brother in law, Jeff Schuster.

Interment will be in Christ the King Catholic Cemetery, Wonder Lake.

In lieu of flowers, Ron’s family suggests memorials to JourneyCare Hospice at 2050 Claire Court, Glenview, IL 60025 or by visiting http://journeycare.org.

For information, please call the funeral home at 815-385-2400, or visit www.justenfh.com, where friends may leave an on-line condolence message for Ron’s family.

To leave a condolence, you can first sign into Facebook or fill out the below form with your name and email. [fbl_login_button redirect="https://justenfh.com/obituary/ronald-edward-ron-griesch/?modal=light-candle" hide_if_logged="" size="medium" type="login_with" show_face="true"]
×