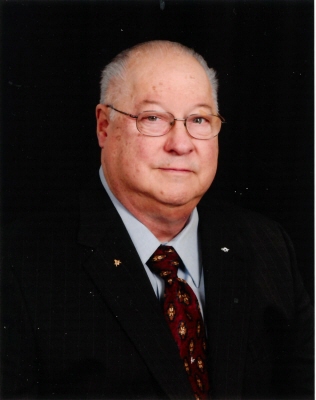 Ronald E. Sweetwood, 83, of McHenry, IL, beloved husband, devoted father, cherished brother, adored grandfather and great-grandfather, and loyal friend passed away on October 13, 2020, at White Oaks Memory Care in McHenry, IL. Ron was born August 25, 1937, in Connersville, IN. He was the first-born son of Harry Lyell and Hattie (nee Lemmon) Sweetwood. He graduated in 1955 from Milton High School in Milton, IN. At the age of 19, he took a job working on the Great Lakes as a merchant marine. He returned to Connersville, IN, and married his childhood sweetheart, Dorothy Orschell, in 1959. His career began at Curtis Dyna-Products as Chief of Quality Assurance. He then took a position as Plant Manager at Filtertek in Indianapolis, IN, and relocated his family to McHenry, IL in 1974 to manage the Hebron, IL, facility. In the late 1970s, Ron accepted a position as Executive Vice-President of Sterling Systems, from which he retired in 1998. Ron enjoyed his time as a dedicated member of the Illinois 158 Masonic Lodge and the Shriner organization.

Ron was humorous, fun-loving, loyal, witty and a fierce defender of his family. He enjoyed riding motorcycles and corvettes with his friends, tinkering around in his garage, listening to country music, and had a love for Indiana Hoosiers and basketball. He was quick to make new friends with whom to trade jokes. Ron raised seven children who kept him on his toes while he kept them in line. He was a loving Papa who cherished his 21 grandchildren and had a special gift humming them to sleep on his chest. He loved to take them on lawn mower rides and bribe them with quarters to brush his hair. He’ll always be our family patriarch.

He was preceded in death by his parents; two brothers, Donald and Malcolm Sweetwood; and son-in-law, Thomas Fencl.

He will forever be in our hearts and his humor will always color our world.

Arrangements have been entrusted to Justen Funeral Home & Crematory in McHenry. For information, please call the funeral home at (815) 385-2400 or visit www.justenfh.com, where friends and loved ones are encouraged to share memories of Ron on his tribute wall.

Due to COVID-19 restrictions, visitation on Friday will be private. The funeral mass will be held on Saturday, October 17, at 11:30 a.m. at The Church of Holy Apostles in McHenry, where friends and family are welcome to attend. In accordance with public gathering restrictions, attendees are expected to wear a mask and observe social distancing. A live link to the funeral mass is available at jfh.link/sweetwood. This link is available for 90 days.

In lieu of flowers, donations can be made in his memory, to either Shriner’s Hospital for Children or to Heartland Hospice.

To leave a condolence, you can first sign into Facebook or fill out the below form with your name and email. [fbl_login_button redirect="https://justenfh.com/obituary/ronald-eugene-sweetwood/?modal=light-candle" hide_if_logged="" size="medium" type="login_with" show_face="true"]
×