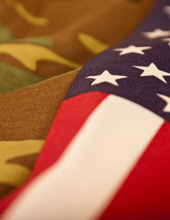 Ronald, a 42-year resident of the Round Lake Area, proudly served his country during the Vietnam War in the United States Marine Corps. During his 42-year tenure as a valued ground service mechanic for Continental Airlines, Ronald witnessed many awe-inspiring changes in aviation.

In his leisure time, Ronald enjoyed spending time with his family and taking road trips to see extended family. He also enjoyed watching NASCAR while cheering on his favorite driver, #14 Clint Bowyer. Ronald lived an exceptionally full life as a devoted husband, father, grandfather, and friend who will be deeply missed.

In addition to his parents, Ronald was preceded in death by his loving wife of 55 years, Mary Jo, on April 25, 2011; his twin brother Donald Kramer; and his sisters, Ruth
Miller, Mary Miller and Karen Jordan. .

For information, please call the funeral home at 847-546-3300, or visit www.justenfh.com, where friends may leave an on-line condolence message for his family.

To leave a condolence, you can first sign into Facebook or fill out the below form with your name and email. [fbl_login_button redirect="https://justenfh.com/obituary/ronald-g-kramer/?modal=light-candle" hide_if_logged="" size="medium" type="login_with" show_face="true"]
×