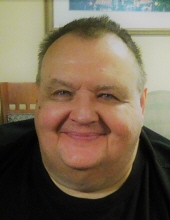 Originally from Chicago, Ronald and Christine settled in Johnsburg in 1972. A chemist by trade, he began his career by working for Helene Curtis, then Magee Chemical, before finally obtaining a position as a chemical operator for the Rohm and Haas Company. Ronald was a devoted member of St. John the Baptist Catholic Church and served as a Eucharistic Minister.

Ronald was a faithful fourth-degree member of the Johnsburg Knights of Columbus, St. John the Baptist Catholic Church Council 9167, and also served as a Grand Knight and a Deputy Grand Knight. Additionally, he was a dedicated 4th Degree Knight of the Bishop Boylan Assembly #198.

A jack of all trades, “Big Ron” was always willing to lend a hand to those who asked. He enjoyed hunting and camping and was also an avid fisherman who made his own fishing rods and other fishing equipment.
For over 20 years, Ronald would don his Santa suit around Christmas time and bring joy to children and those young at heart at many family Christmas parties and local community events. Ronald loved bringing joy to wherever he went and making people smile and laugh was a well-known part of his gregarious nature. Ronald loved to cook and was well known for his sauerkraut. He was dubbed “The Kraut Man” at Saufen und Spiel and at other Knights of Columbus functions.

Interment will be at St. John the Baptist Cemetery.

For those wishing to send an expression of condolence, memorials should be directed to Ronald’s family.

For information, please call 815-385-2400, or visit www.justenfh.com, where friends may leave an on-line condolence message for Ronald’s family.

To leave a condolence, you can first sign into Facebook or fill out the below form with your name and email. [fbl_login_button redirect="https://justenfh.com/obituary/ronald-w-marulewski/?modal=light-candle" hide_if_logged="" size="medium" type="login_with" show_face="true"]
×