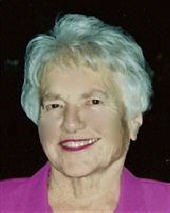 Rosalie Doherty, age 81, died suddenly Wednesday evening, May 26, 2010, at her home. Born Sept. 23, 1928 in McHenry to Joseph A. and Elizabeth (Neiss) Williams. She met her future husband, Donald Doherty, at the age of 13. Knowing he was the love of her life, she often remarked, “I always knew that I would marry Donald Doherty and we would have ten children”. They married August 4, 1951 at St. Mary’s Church in McHenry.
A lifelong resident of McHenry, Rosalie graduated from McHenry High School in 1946, and after graduation, worked at Ringwood Chemical and Auto-Lite. Throughout the years, she remained close to her circle of high school friends, affectionately referred to as the “Girls of 46″. She looked forward to monthly luncheons with the “Girls of 46″, with the most recent gathering having just taken place Wednesday.
After her marriage, she and Donald were blessed with ten children and 21 grandchildren. More than anything, she enjoyed spending time with her family. She also found time to assist her husband at Bolger Drug Store, which they owned for 28 years. From 1961 to 1973, Donald was Mayor of McHenry and Rosalie enjoyed her role as “First Lady of McHenry”.
A member of St. Patrick Catholic Church since her marriage, other civic affiliations included FISH and Big Brothers Big Sisters, two organizations that allowed her to show her true compassion and generosity. She received the Woman of the Year Award from the McHenry Business & Professional Women’s Organization.
She showed her fierce competitive spirit during regular afternoon Scrabble games with her beloved Donald, which was her last activity before being called peacefully home to the Lord. Other enjoyments included tending to her African violets, reading, needlework, and attending the McHenry Band concerts. During almost 59 years of marriage, Rosalie faithfully kept a daily diary reflecting on her life which she lived to its fullest.
Survivors include her husband, Donald; ten children, Colleen Jackson of Woodstock, Jay (Colleen Drumm) Doherty of Chicago, Celeste (Michael) Heidemann of McHenry, Cynthia (David) Henderson of McHenry, Christine (Kenne) Ludwig of McHenry, Carolyn (Bob) Sweeney of Woodstock, Joseph (Kimmy) Doherty of McHenry, Connie (Joe) Bopp of Sharon, WI, Catherine (John) Brodbeck of Crystal Lake, and Carmel (Donald) Ray of McHenry; 21 grandchildren, Courtney and Katelynn Jackson, Jay Donald, Rosalie, Ignatius, and Joseph Doherty, Michael and Adam Heidemann, Patrick and Sarah Jane Henderson, Phillip, Lindsey, and Benjamin Ludwig, Erin and Kevin Sweeney, Casey and Delaney Doherty, Nathan and Mary Bopp, and Joseph and David Ray; a sister, Virginia Williams of McHenry; and many friends.
She was preceded in death by her parents; a brother, Richard; a sister, Beatrice Newkirk; and a son-in-law, Randy Jackson.
The visitation will be from 3 p.m. until 8 p.m. Monday, May 31, 2010, at Justen Funeral Home & Crematory, 3700 W. Charles J. Miller Road, McHenry. Visitation will continue at the funeral home Tuesday, June 1, from 8:30 a.m. until 9:15 a.m., when prayers will be said before leaving for church.
The funeral Mass will be celebrated at 10 a.m. at St. Patrick Catholic Church, 3500 W. Washington St. McHenry.
Interment will be in St. Patrick Countryside Cemetery, McHenry.
Rosalie’s family suggests memorials to Marian Central Catholic High School, Attn. Building Fund, 1001 McHenry Avenue, Woodstock, IL 60098.
For information, call the funeral home at 815-385-2400. Friends may send an on-line condolence to the family at www.justenfh.com. 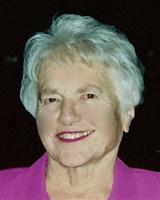 To leave a condolence, you can first sign into Facebook or fill out the below form with your name and email. [fbl_login_button redirect="https://justenfh.com/obituary/rosalie-doherty/?modal=light-candle" hide_if_logged="" size="medium" type="login_with" show_face="true"]
×