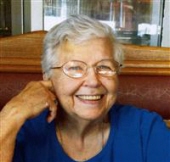 She was born Sept. 2, 1931 in Chicago to James and Barbara (Leimetter) Endre.

Formerly of Chicago, Rose was a resident of Round Lake Beach since 1973. Prior to retirement, she was an administrative assistant at Banker’s Life Insurance Company (now Kemper).

Rose was the past president of the American Legion Auxiliary Unit 1170. An avid reader, she also enjoyed bingo. She was a good friend, especially to Marie Martin and Elsie Roberts, and will be dearly missed.

She was preceded in death by her first husband, Walter Meares, and her second husband, Bernhard Rosenquist.

The cremation rite will be accorded privately. Arrangements were entrusted to Justen’s Round Lake Funeral Home, 222 N. Rosedale Court, Round Lake, IL 60073.

Memorials in her memory may be made to the American Diabetes Association.

For information, please call the funeral home at 847-546-3300, or visit www.justenfh.com, where friends may leave an on-line condolence message for her family. 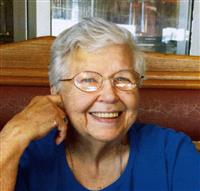 To leave a condolence, you can first sign into Facebook or fill out the below form with your name and email. [fbl_login_button redirect="https://justenfh.com/obituary/rose-marie-rosenquist/?modal=light-candle" hide_if_logged="" size="medium" type="login_with" show_face="true"]
×