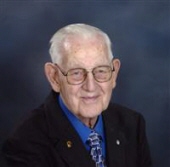 Roy W. Parker Jr., age 92, was born July 20, 1920 and was welcomed at heaven’s gate by his Lord and Savior Jesus Christ on April 15, 2013. Anxiously waiting in heaven to greet him were his beloved wife Louise, son Kent, parents Roy and Vera, sisters Ruth and Kay, brothers Tom and Guy and a host of others touched by his life, including those very special friends in the ‘bridge gang’.
Roy was born in Nebraska City, NE and graduated from Auburn High School in Auburn, NE. He moved with his family to Cedar Rapids in 1939where he began his 43 year career at Sears Roebuck, most of which was spent managing the plumbing and heating department.
He met the love of his life, Louise Fiscus, in Ce4dar Rapids in 1940 and they married at the Little Brown Church in Nashua, Iowa August 17, 1941. Not long after Roy and Louise celebrated their 70th anniversary, God called Louise to heaven.
Roy was called to service during WWII and attained the rank of Master Sargent in the Army Air Corps 13th Air Force B-24 Bombers, known as the “Snoopers”. He served in the Pacific Theatre in Guadal Canal, New Georgia, Philippines and Okinawa.
Roy and Louise built their home and life together in Cedar Rapids. Infant son kent LeRoy preceded them to heaven in 1943, son Robert (Bob) was born in 1947 and daughter Jane in 1952. Roy and Louise were members of First Christian Church and joyfully served God in many capacities in this congregation. Roy loved the outdoors, fishing, camping, hunting, searching for mushrooms and served as a Scout leader. He passed his great love of the outdoors to his children. He was happiest when serving others and fellowshipping with family and friends.
Roy is survived by son Bob (Vickie) Parker of Johnsburg, daughter, Jane (Nat) Broughton of Frisco, TX; grandchildren, Shannon Parker of Johnsburg, Katie (Mark) MacMillan of Antioch, Chip Broughton of Newport, RI, and Michael (Sharon) Broughton of McKinney, TX; great grandchildren, Parker, Ben and Abbie Stillwell and Zachary and Kelsie MacMillan.
Visitation in McHenry will be held at the Justen Funeral Home & Crematory, 3700 W. Charles J. Miller Road, McHenry, IL 60050, on Wednesday, April 17, 2013 from 1 p.m. until 2:30 p.m. with services beginning at 2:30 p.m. Pastor Kerry Bauman will officiate.
Visitation will be held at Cedar Memorial Park Chapel of Memories on Thursday, April 18, from 5 p.m. to 7 p.m. with a memorial service at 9 a.m. on Friday, April 19, at Cedar Memorial Park Chapel of Memories, led by Rev. Fred Darbonne.
Charitable donations can be made in Roy’s name to JourneyCare, 405 Lake Zurich Road, Barrington, IL 60010. www.journeycare.org 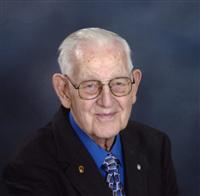 To leave a condolence, you can first sign into Facebook or fill out the below form with your name and email. [fbl_login_button redirect="https://justenfh.com/obituary/roy-w-parker-jr/?modal=light-candle" hide_if_logged="" size="medium" type="login_with" show_face="true"]
×