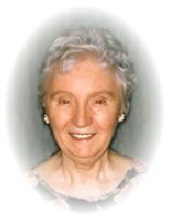 Ruth was born in Chicago to Max and Laura (Forbusch) Eger on August 7, 1920. In 1945, Ruth married the love of her life, Chester Zarzecki, in Chicago. Chet was a chief petty officer in the U.S. Navy and was able to take Ruth to his many duty stations including Whidbey Island, WA, Corpus Christi, TX and Honolulu, HI. Upon Chet’s retirement in 1956, they returned to Chicago and lived there until moving to McHenry in 1970.

Ruth was an avid craft-maker and enjoyed working with other church women in the XYZ Club at Shepherd of the Hills Lutheran Church.  Each holiday season, Ruth would bring out the crafts she had made and decorated her home in a joyful and spirit filled manner.

Ruth is survived by her nieces, Connie Smigla of Addison, Lorraine Sechter of Sun City, AZ, Mary Ann Tranberg of McHenry, and Jacqueline Idoni of Maryland; nephews, Donald (Shirley) Klaczynski of Naperville and Leonard (Fran) Skiroock of Naperville; cousin, Bill (Dorothy) Schalk of Racine, WI; and also many other relatives and friends.

The family would like to give special thanks to Ruth’s grand-niece, Diane Link, who lovingly took care of Ruth’s personal affairs during the last several years. The family would also like to thank everyone, especially Ruth’s care givers, at The Fountains & The Springs of Crystal Lake, Centegra Hospital – McHenry, and Hospice & Palliative Care of Northeastern Illinois, for the kind, loving and gentle care they provided Ruth.

Interment will be in Oak Ridge Cemetery, Hillside.

Arrangements were entrusted to Justen Funeral Home & Crematory. For more information, call the funeral home at 815-385-2400 or send an online condolence at www.justenfh.com 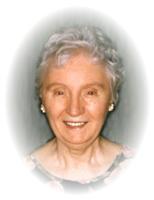 To leave a condolence, you can first sign into Facebook or fill out the below form with your name and email. [fbl_login_button redirect="https://justenfh.com/obituary/ruth-e-zarzecki/?modal=light-candle" hide_if_logged="" size="medium" type="login_with" show_face="true"]
×