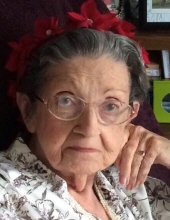 Ruth M. Alexander, age 94, of Richmond, IL, and formerly of Elkhart, IN, passed away at Centegra Hospital in McHenry, IL. She was born in Elkhart to Wilmer A. and Ruth M. (Black) Yergin on June 8, 1924. In 1944, Ruth enlisted in the United States Navy and proudly served her country in World War II with the WAVES. On June 29, 1947, she married the love of her life, Jack Alexander, in Elkhart, IN.

A lifetime resident of Elkhart, Ruth moved to Richmond, IL, last year to be closer to her family. During her lifetime, she was employed by the City of Elkhart Comptroller’s Office, as well as many other businesses, as a bookkeeper. At the time of her passing, Ruth was a proud and active member of the DAV. In her free time, Ruth tended to her garden, crocheted, enjoyed cooking and baking, and challenged her mind with crossword puzzles. A woman with quick wit and a sense of humor, Ruth never missed the opportunity to remind someone she was left-handed.

In addition to her parents, Ruth was preceded in death by her beloved husband, Jack, in 1987; her son, John Alexander; her younger sister, Velma; and her special feline companion, Cutsie.

For those wishing to send an expression of condolence, Ruth’s family would greatly appreciate donations to the Humane Society of Elkhart County at 54687 County Road 19, Bristol, IN 46507 or to the Elkhart branch of the Disabled American Veterans, 1205 Middleton Run Rd, Elkhart, IN 46516.

Friends and neighbors may gather locally for a celebration of Ruth’s life on Friday, August 17, from 11:00 AM to 1:00 PM in the community room at Creekside Senior Apartments, 5615 Liberty St. Richmond, IL. Inurnment will be at Rice Cemetery, Elkhart, IN. The date of inurnment has not yet been determined.

Arrangements were entrusted to Stemm-Lawson-Peterson Funeral Home. For more information, please call the funeral home at 574-293-6411 or visit us online at www.stemmlawsonpeterson.com.

To leave a condolence, you can first sign into Facebook or fill out the below form with your name and email. [fbl_login_button redirect="https://justenfh.com/obituary/ruth-m-alexander/?modal=light-candle" hide_if_logged="" size="medium" type="login_with" show_face="true"]
×