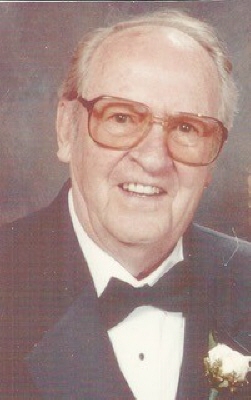 Saunders Edward “Bud” Jones, Jr. passed away peacefully on Sunday, July 25th, 2021, in his home. He was born on November 2nd, 1927, in Chicago the son of Saunders Edward Jones, Sr. and Henrietta (Layton) Jones. Bud married Mary Ellen McCarthy on October 18th, 1948 in Chicago. They were married for 72 years. She survives.

Bud attended Laine Technical High School in Chicago and worked in a defense plant before joining the United States Army in February of 1946. He served in Manilla, the Philippine Islands with the occupational forces following World War II. After his honorable discharge in July of 1947, he became a screw machinist and worked in this field until retiring in 1989. After this he and his wife, Mary Ellen, travelled and enjoyed vacationing in Hawaii, Rio de Janeiro, Las Vegas and wintering for many years in various Florida destinations. They enjoyed RV camping, boating and living in their lake house for several years before finally settling in McHenry, Illinois. It was very important for him to spend time with his family that grew to be quite extensive.

He was preceded in death by his parents, and sisters Mary Zakroczymski, Marie Laoang, Opal Jones, May Lanuza-Rojas, Hilda Constable and brother Fred Jones.

Visitation will be held from 10 am to noon on Thursday July 29th, followed immediately by services at the Justen Funeral Home, 3700 W. Charles J. Miller Road, McHenry, Il. Burial to follow at Windridge Cemetery in Cary, Il.

Memorials may be made to the American Cancer Society.

Arrangements have been entrusted to the Justen Funeral Home & Crematory. For information please contact the Funeral Home at 815-385-2400 or visit www.justenfh.com, where friends and loved ones may share memories of Saunders on his tribute wall. To sign the digital guestbook that will be printed for the family after the service visit https://jfh.link/jones

To leave a condolence, you can first sign into Facebook or fill out the below form with your name and email. [fbl_login_button redirect="https://justenfh.com/obituary/saunders-e-jones-jr/?modal=light-candle" hide_if_logged="" size="medium" type="login_with" show_face="true"]
×