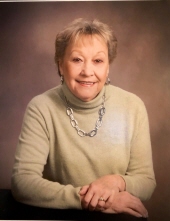 Sharon Catherine Thurlwell, age 79, of McHenry, passed away on February 6, 2020, at Journeycare in Barrington.  She was born on August 29, 1940, in Evanston to Peter and Jean (Lewandowski) Heinz. She married the love of her life, William Thurlwell, on October 31, 1959, at St. Peter’s Catholic Church in Skokie.

Inurnment will be private for the family.

For those wishing to send an expression of condolence, the family suggests memorials to St. Jude, www.stjude.org.

For more information, please call the funeral home at 815-385-2400, or visit www.justenfh.com, where friends and loved ones may share memories of Sharon’s tribute wall.

To leave a condolence, you can first sign into Facebook or fill out the below form with your name and email. [fbl_login_button redirect="https://justenfh.com/obituary/sharon-catherine-thurlwell/?modal=light-candle" hide_if_logged="" size="medium" type="login_with" show_face="true"]
×