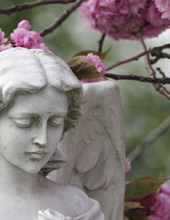 Shirley T. Jenkins, age 85, of McHenry, passed away Tuesday, December 26, 2017 at Centegra Hospital-McHenry. She was born September 5, 1932 in Chicago, to Walter and Lillian (Duzinski) Stojek.

Shirley was a teacher at St. Patrick Catholic School in McHenry, and a devoted member of the church. She was a dispatcher for the city of McHenry from 1970 until her retirement in 1997. Shirley was skilled at fishing, and enjoyed boating.

In addition to her parents, Shirley was preceded in death by her brother Jim, and her daughter-in-law, Karen.

A memorial service will be in the Spring of 2018. The cremation rite was accorded privately.

For those wishing to send an expression of sympathy, her family suggests memorials to Pets In Need, P.O.Box 58, Ringwood, IL 60072.

To leave a condolence, you can first sign into Facebook or fill out the below form with your name and email. [fbl_login_button redirect="https://justenfh.com/obituary/shirley-t-jenkins/?modal=light-candle" hide_if_logged="" size="medium" type="login_with" show_face="true"]
×