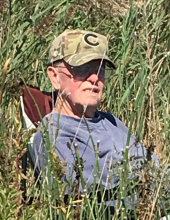 Steven Lee Clifton, age 81, of Johnsburg, died on February 2, 2020, at Advocate Good Shepherd Hospital. He was born on December 10, 1938, in Suffolk, Virginia to Murphy and Mildred (Whitbeck) Clifton. He was united in marriage to Mary Bogan on September 20, 2017, in Woodstock, IL.

Steven was a resident of the McHenry County area for over 40 years.  He proudly served in the United States Navy for 22 years which included his time during the Vietnam War from 1961-1973.  He retired as a 2nd Class Petty Officer.

In his leisure time, he was an avid hunter and fisher.  He loved good jokes! Steven is survived by his loving wife, Mary Clifton; a daughter, Cynthia (Don) Janus and a son, Steven Michael (Sherry) Clifton; six grandchildren, two great-grandchildren; and his brother, Richard (Terry) Clifton.

He was preceded in death by his former spouse, Dorothy Clifton, on September 14, 2014; and his sister, Cathryn Bruner Clifton.

For more information, please call the funeral home at 815-385-2400, or visit www.justenfh.com, where friends and loved ones may share memories of Steven on his tribute wall.

To leave a condolence, you can first sign into Facebook or fill out the below form with your name and email. [fbl_login_button redirect="https://justenfh.com/obituary/steven-lee-clifton/?modal=light-candle" hide_if_logged="" size="medium" type="login_with" show_face="true"]
×