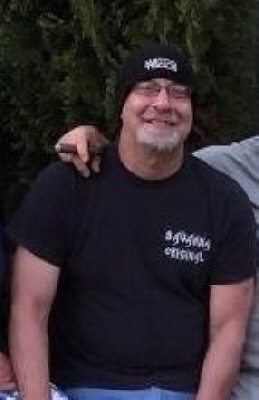 Steven met the love of his life Polly Ann Peil, in 1991, while she was working at a local gas station in McHenry. He made it a point to stop by every morning before work and purchase his daily cup of coffee. Months had passed before Steven had worked up enough courage to ask Polly on a date. They shared their first date on New Year’s Eve. They united in marriage on June 27, 1997. They spent a total of 29 wonderful years together.

Steven was brought up catholic in his childhood home but remained a wild child. He was always testing his boundaries just to see how far he could push his luck. He moved to the Northwest suburbs in 1986.

Steven fell in love with cars at a very young age. He was a proud self-taught mechanic. Over the years he obtained many certifications to expand his knowledge. His goal was to open an auto body shop, outside of his home garage that he could grow and eventually leave as a legacy for his children and grandchildren. He worked endlessly, pouring his heart and soul into this dream, along with so many others, to bring that dream to a reality. He opened Dynasty Auto Service in 2017.

Over the years Steven always helped anyone he could, it did not matter if he knew them or not. He made it a point to share his knowledge and taught so many people in his home garage, as well as at the shop. He helped shape and change so many lives. By doing this, Steven met so many people, many became friends, and some even close extended family.

Steven absolutely loved spending time with his girls and his grand babies! They were the pride in his heart and jewels of his eyes. He taught his family that family is everything. How to love unconditionally, how to have a strong work ethic, his love for cars, and how to do many things under the hood. As well as to appreciate the beauty in the body of the car.

The family would like to mention, Steven was able to give the ultimate gift of life. He was a match for three people on the National Donor Registry. Just as he did in life, he is still giving now. He will be giving three people and their families a chance to make a lifetime of memories. As he did with his family and so many others.

He is preceded in death by His parents, Joseph and Joanna (Locasho) Salvato, and many aunts and uncles.

A go fund me page has been created for the family. If you or someone you know would like to donate please follow the link. https://gofund.me/466f5042.

Arrangements have been entrusted to Justen’s Wonder Lake Funeral Home. For more information, please call the Funeral Home at 815-728-0233, or visit www.justenfh.com, where friends and loved ones may share memories of Steven on his tribute wall.