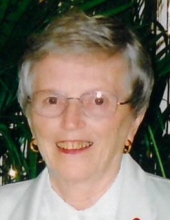 On June 7, 1955, Robert and Susan were united in marriage in McHenry.

Robert worked as a carpenter and built the house they lived in for their entire marriage until just days before their deaths.  Susan was a homemaker.

Survivors include their son, Robert L. Low of Wonder Lake; niece, Susan (the late Albert) Jette of McHenry; and many more nieces and nephews in and out of the area.

All services were private. Inurnment will be in the springtime at Greenwood Cemetery.

To leave a condolence, you can first sign into Facebook or fill out the below form with your name and email. [fbl_login_button redirect="https://justenfh.com/obituary/susan-e-low/?modal=light-candle" hide_if_logged="" size="medium" type="login_with" show_face="true"]
×