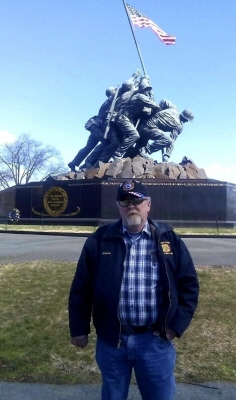 Tom was a Lifetime Member of the VFW Post 2486 in Island Lake, IL and served there as a Commander for 8 years. Tom then transferred to the VFW Post 4600 in McHenry, IL where he was a member there for the last 3 years. He was also a member of the Military Order of the Cootie’s.

Tom also joined the American Legion Post 491 in McHenry, IL and served as Senior Vice Commander and was Commander “Elect” at the time of his passing. He was a proud member of The Combined Veterans Honor Guard of McHenry, IL., as well.

Tom joined the U.S. Navy while in high school and reported to Norfolk, VA Naval Base for training in 1971 and served 20 years, retiring as a Boiler Technician 1st Class in 1991.
Tom was an Industrial Mechanic for H.B. Fuller for 25 years before retiring a 2nd time in 2016

Tom is survived by his Wife, Valerie of nearly 38 years, his Son, Thomas J. Waltenburg, both of Cary, IL. His Daughter, Katherine M. Waltenburg of Plymouth, N.C.

Arrangements have been entrusted to Justen Funeral Home & Crematory. For information, please call the Funeral Home at 815.385.2400, or visit www.justenfh.com, where friends and loved ones may share memories of Thomas on his tribute wall.