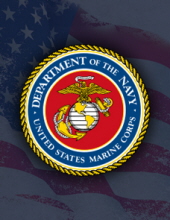 From 1969 to 1971, Tom proudly served his country with the United States Marine Corps.  Tom married Vanessa Wentink on November 29, 1975 in Norwood Park.

Tom moved to Bartlett in the late 1970’s where he started his business, Caryn’s Red Hot Chicago Food Distribution in 1986.  His love of food extended into the kitchen, especially for the holidays when he hosted immediate and extended family and friends.  In the late 1980’s, he and his family moved to McHenry.

Tom was a gentle soul with a tenacious spirit. Regardless of the challenge in front of him, once he set his mind to a goal, it would be accomplished in a way to make his friends and family proud. His generosity and love for the people around him were two of his most admirable qualities.

Thomas was preceded in death by his parents, John and Elizabeth O’Brien; grandparents Walter and Elizabeth Carey; and in-laws, Vivian & Warren Wentink, and Charlotte & Henry Lueth.

To leave a condolence, you can first sign into Facebook or fill out the below form with your name and email. [fbl_login_button redirect="https://justenfh.com/obituary/thomas-e-o39brien/?modal=light-candle" hide_if_logged="" size="medium" type="login_with" show_face="true"]
×