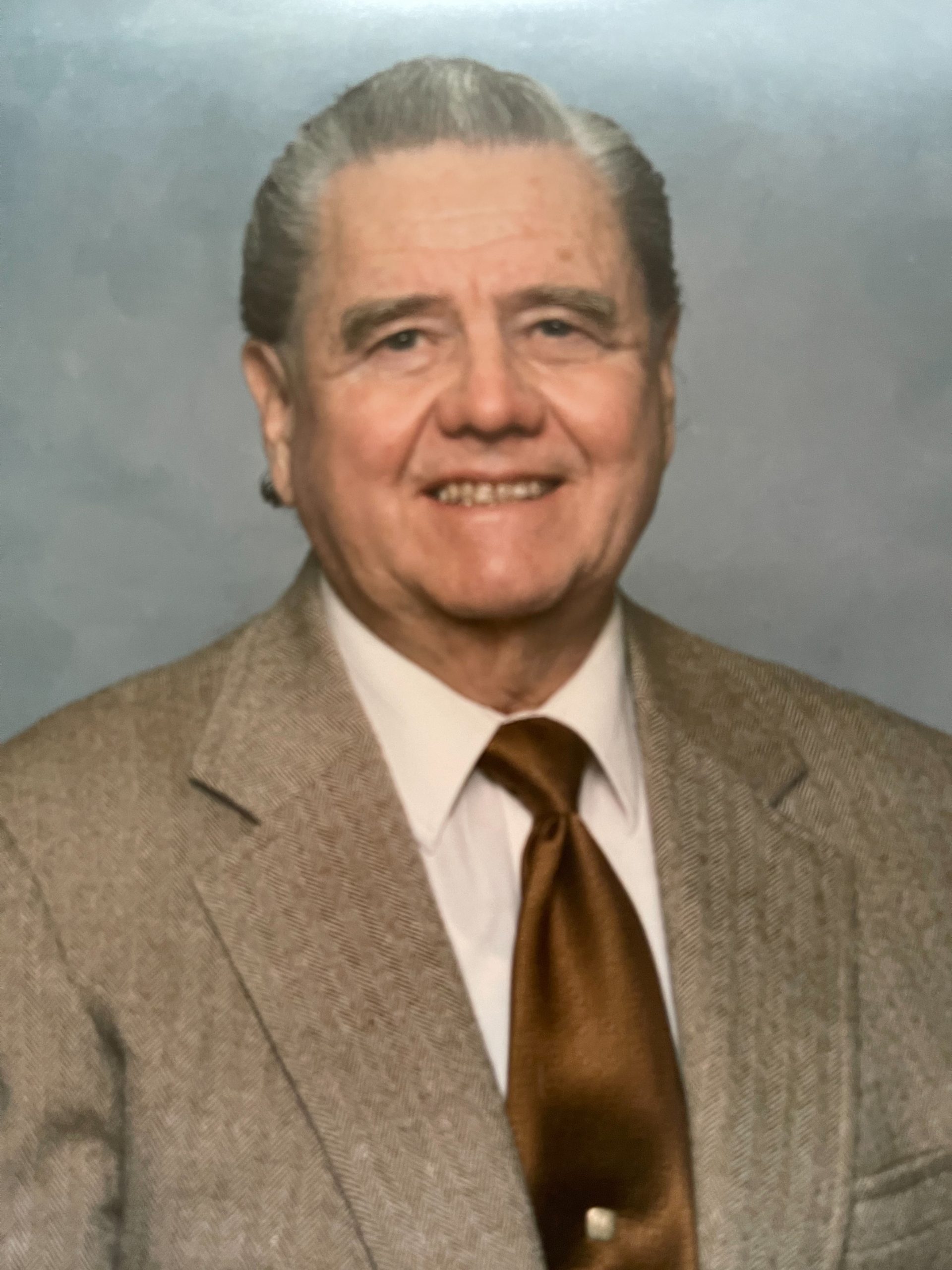 TP was an active member of Christ the King church through most of his life. Early on he was an alter boy, where he met the love of his life, Lois Hartmann. On February 2nd, 1952, TP and Lois married.  They were married for 65 wonderful years until her passing in 2017.

TP graduated from McHenry High School and earned his degree at Loyola University in Chicago. TP was extraordinarily hard working – he started his own landscaping business at age 11 and began driving early on, to tow his lawn equipment and to help his teacher at Harrison school. Helping others came naturally to TP and he was an example to all. He always saw the best in people and gave everyone a chance. When Thomas was young, he enjoyed assisting his mother in the kitchen and he became a great cook and loved bakery. Later he worked with his father in business.

He attended law school until his father passed away at age 21. At this time, TP took over his father’s Real Estate and Insurance businesses to support his family.  TP went on to build these businesses up, own a land development and home building business, 5 water utility companies, a gas station, was an appraiser, and had farming businesses as well as being a general manager of a group of investors. TP Mathews was instrumental in the development of Wonder Lake by his development of several subdivisions, building many houses, and selling most of the homes in Wonder Lake at least once.

TP was a dedicated father to 8 children and a loving grandfather to 13 grandchildren, and 9 great grandchildren. He was very involved in the community; TP was on the PTA of Marian Central Catholic High School, President of the McHenry County Association of Realtors, President of the Lions and Kiwanis clubs, and an active member of Christ the King church.  TP and his wife were premarital counselors to community members.

TP is known for his ability to make others smile and laugh through his great sense of humor, his generous spirit, extreme optimism, kindhearted soul, and his deep work ethic to support the ones he loved most.  He was intelligent, knowledgeable, and loved sharing his vast experiences with friends, children, and grandchildren. He will always be remembered by his family for his many bear hugs, deep life advice, and constant jokes.

TP loved spending time with & supporting his family, being around water, boating, and exploring the world. He lived on the lake for most of his life, building his dream home for his family in 1966 where his lived until his passing. TP and Lois’ love to travel included many family vacations visiting relatives, tours of the orient, South America, and Hawaii, cruising the Caribbean, the Great Lakes, Alaska, and Norway. The highlight of their travels was a three month cruise around the world on the QE II in 2006.

Arrangements have been entrusted to Justen’s Wonder Lake Funeral Home.  For information please contact the Funeral Home at 815-385-2400, or visit www.justenfh.com, where friends and loved ones may share memories of TP on his tribute wall.

To leave a condolence, you can first sign into Facebook or fill out the below form with your name and email. [fbl_login_button redirect="https://justenfh.com/obituary/thomas-p-mathews/?modal=light-candle" hide_if_logged="" size="medium" type="login_with" show_face="true"]
×