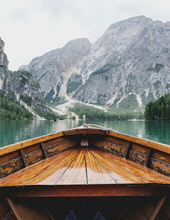 He served in the Norwegian Army and in 1953 he moved from Norway to Illinois and later became a US citizen. While living in Chicago, he met Esther at her parent’s restaurant and was married happily for 61 years until her passing in 2018. Trygve/ Ole was very skilled in the carpentry trade he made boats and sailed one along Norway’s coast. He also built homes in Round Lake and Lake Forest, IL. In his spare time, he enjoyed Antiquing and restoring the antiques back to their pristine condition. His true love is spending time with family and friends making memories to cherish for a lifetime.

Trygve is preceded in death by his wife Esther: his parents Andreas and Ingeborg Sneldal; daughter Karen; and sister Ingrid Andersen.

Arrangements have been entrusted to the Justen’s Round Lake Funeral Home, IL. For information, please call the funeral home at 847-546-3300 or visit www.justenfh.com where friends and loved ones may share memories of Trygve on his page.

To leave a condolence, you can first sign into Facebook or fill out the below form with your name and email. [fbl_login_button redirect="https://justenfh.com/obituary/trygve-ole-sneldal/?modal=light-candle" hide_if_logged="" size="medium" type="login_with" show_face="true"]
×