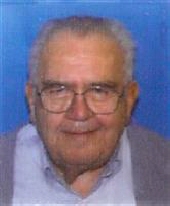 Walter “Wally” Frett, age 76, a lifelong resident of Johnsburg, passed away Friday, February 28, at his home surrounded by his loving family. He was born March 1, 1937 in Woodstock to Joseph and Susan (Freund) Frett. He married Melanie M. Richard on December 21, 1968 in Oak Park.

Prior to retirement, he was president and owner of Joseph Frett & Son Construction, a company founded by his father in 1926. Over the years, Wally was instrumental in leading his company’s involvement in numerous notable construction projects in northern Illinois.

Wally was also very involved with his community, where he was an active member of St. John the Baptist Parish in Johnsburg. Other activities included a 29 year role as Republican Precinct Committeeman, lifelong memberships in the Johnsburg Community Club and the Loyal Order of the Moose Lodge 691, past-president and vice president of the Fox Valley Associated General Contractors Association, and past member of the Board of Trustees on the Fox Valley & Vicinity Laborers Health and Welfare Fund.

He was an avid golfer, achieving a hole-in-one at McHenry Country Club’s 14th hole. He was a devoted fan of the Green Bay Packers. A talented baseball player, Wally played with the Johnsburg Tigers and the University of Illinois baseball teams.

Wally will be remembered as a very generous man, often working anonymously or behind the scenes in offering his time, talent, and financial support to many. He will be greatly missed by his family and the many friends he made throughout the years.

He was preceded in death by his parents; and a brother, Robert.

Interment will be in St. John the Baptist Cemetery, Johnsburg.

For those wishing to send an expression of condolence, his family suggests memorials to support the Joe Frett Memorial Scholarship Fund of the Johnsburg Community Club. 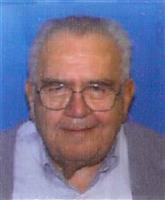 To leave a condolence, you can first sign into Facebook or fill out the below form with your name and email. [fbl_login_button redirect="https://justenfh.com/obituary/walter-39wally39-frett/?modal=light-candle" hide_if_logged="" size="medium" type="login_with" show_face="true"]
×