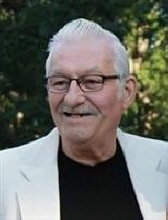 He was born August 28th, 1938 in Chicago to Earl and Dorothy (Ackerman) Huberty. He married the love of his life, Ethel Dawson, on June 27th, 1959 at St. Thomas Church in Arlington Heights.

Before his retirement, Wayne was a 40 year employee of Ecko Products in Wheeling, where he and his family lived for 30 years. Wayne and Ethel then built a home and moved to McHenry in 1995.

A quiet man with a big heart, Wayne loved the outdoors and enjoyed wildlife. He was an avid deer hunter, but most of all he treasured the time he spent loving and laughing with his family.

In addition to his parents, Wayne is preceded in death by his brother, Robert.

Entombment immediately following will be private.

For information, please call the funeral home at 815.385.2400, or visit www.justenfh.com where friends may leave an on-line condolence message for his family. 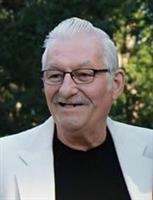 To leave a condolence, you can first sign into Facebook or fill out the below form with your name and email. [fbl_login_button redirect="https://justenfh.com/obituary/wayne-t-huberty/?modal=light-candle" hide_if_logged="" size="medium" type="login_with" show_face="true"]
×