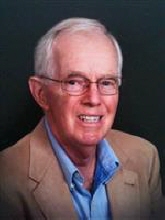 William “Bill” Neumann, age 78, of McHenry, IL and Green Valley, died Thursday, October 17, 2013, at his home surrounded by his loving family.
He was born December 12, 1934 in Chicago to William and Margaret (Griefhahn) Neumann. On April 12, 1958, he married the love of his life, Jean Weber, at St. Patrick Catholic Church in McHenry. Prior to marriage, Bill served his country with the U.S. Army from 1955 to 1957.
A longtime resident of McHenry, Bill and Jean also enjoyed spending 9 months of the year in Green Valley for the past several years. A graduate of McHenry Community High School, Bill continued his education at DePaul University and Northwestern University. He first worked as a decorating contractor, owning and operating Neumann Paint and Decorating Company. Later, he launched his career with Prudential Insurance in 1967, beginning as a special agent with Prudential Insurance Company LaSalle Agency. Bill earned the Certified Life Underwriter status in 1976 and Chartered Financial Consultant in 1982. He achieved the designation of Renaissance Charitable Giving Planner, receiving a community service award in 1971 and President’s Club in 1973 – 1988.
Active in the community throughout his lifetime, Bill was a member of the Kiwanis Club, Knights of Columbus, Johnsburg Community Club, Northern Illinois Medical Center Foundation Board, and the McHenry Area Chamber of Commerce, where he served as Vice President and Director. He was a member of St. Patrick Catholic Church in McHenry and St. Ann Catholic Church in Tubac, AZ, and also served on the Finance Committees at both churches. He was a founder’s member of McHenry Metals Corporation, which manufactured Taylor Made Golf Clubs. Bill also served as trustee with the Village of Sunnyside from 1969-75.
Bill touched many people in his lifetime with his kind, gentle nature and caring personality. He was loved by many and will be missed by all.
He is survived by his loving wife of 55 years, Jean; three children, Susan (Martin) Palmer of Johnsburg, IL, William (Peggy) Neumann of Pell Lake, WI, and Sandy (John Coons) Bliesener of Kalamazoo, MI; six grandchildren, Jonathan, Michelle, Nicholas, Danielle, Sara, and Amy; and a great grandson, Shane.
Visitation will be from 2 p.m. to 6 p.m. Sunday, October 20, 2013, at Justen Funeral Home & Crematory, 3700 W. Charles J. Miller Road, McHenry, IL 60050.
Visitation will resume from 9:45 a.m. Monday until the time of Mass at St. Patrick’s Catholic Church, 3500 W. Washington Street, McHenry. The funeral Mass will be celebrated at 10:30 a.m.
Military honors and inurnment will be in St. Patrick Churchyard Cemetery.
His family suggests memorials be directed to St. Patrick Catholic Church or to St. Ann Catholic Church, P. O. Box 2911, Tubac, AZ 85646.
For information, please call the funeral home at 815-385-2400, or visit www.justenfh.com, where friends may leave an online condolence message for his family. 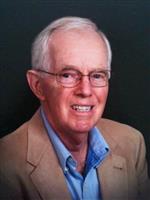 To leave a condolence, you can first sign into Facebook or fill out the below form with your name and email. [fbl_login_button redirect="https://justenfh.com/obituary/william-39bill39-neumann/?modal=light-candle" hide_if_logged="" size="medium" type="login_with" show_face="true"]
×