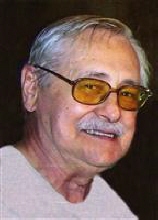 He was born June 17, 1932 in Cicero to Joseph and Verna (Ostrowski) Suchor. William was a longtime resident of Island Lake. He was employed over 40 years in the printing industry and a member of the Graphic Commercial International Union Local 458.

In his early years William loved to go boating and sailing. He was an avid snowmobile enthusiast during the week when new snowfall occurred and the trails were fresh. He also enjoyed fishing, playing cards, cutting the grass and maintaining his home. Spending time with family and friends meant a great deal to him.

He was preceded in death by his wife Patricia (Lipinski) Suchor on March 10, 2011; his parents; his brother, Ronald; and a sister-in-law, Alice Pleszewa.

A memorial service for Bill and Pat will be held on Sunday, November 17, 2013 from 1 p.m. until 5 p.m. at the Lake Zurich American Legion, 51 Lions Drive, Lake Zurich, IL

To leave a condolence, you can first sign into Facebook or fill out the below form with your name and email. [fbl_login_button redirect="https://justenfh.com/obituary/william-j-suchor/?modal=light-candle" hide_if_logged="" size="medium" type="login_with" show_face="true"]
×