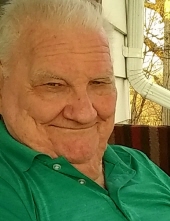 William Walter Bieschke, age 78, of Fox Lake, passed away Wednesday, September 25, 2019, at Advocate Good Shepherd Hospital in Barrington. He was born in Chicago to John Sr. and Florence (Wilinski) Bieschke on May 4, 1941. William will be eternally reunited with his loving wife, Judith, who he married on January 7, 1961, at St. Gertrude Church in Franklin Park.

For over 20 years, William was a valued employee of Midwest Automation. He was a volunteer for the Virden Fire Department in Virden, IL, and a Rotary Club member. In his leisure time, William enjoyed woodworking, fishing, camping, and gardening. A jack of all trades, William was the family’s handyman, and was always willing to lend a helping hand to anyone.

William was known for his heart of gold. When his children were young, William was a den master for their scouting troops and coach for their little league teams. He a proud grandfather and great-grandfather, cheering his grandchildren on at their many school events and activities. Family was most important to William, and he will be deeply missed, but forever remembered in their hearts.

William was preceded in death by his beloved wife, Judith; and his parents.

Friends and neighbors are invited to visit with William’s family from 5 p.m. to 8 p.m., Tuesday, October 1, 2019, at Justen Funeral Home & Crematory, 3700 W. Charles J. Miller Road, McHenry, IL 60050. Visitation will resume the following morning from 11 a.m. until the 12 p.m. funeral blessing at the funeral home.

Interment will be in Ascension Cemetery in Libertyville.

In lieu of flowers, William’s family asks that memorials be given directly to his family, or to a charity of your choice.

For information, please call the funeral home at 815-385-2400, or visit www.justenfh.com, where friends may leave an on-line condolence message for William’s family.

To leave a condolence, you can first sign into Facebook or fill out the below form with your name and email. [fbl_login_button redirect="https://justenfh.com/obituary/william-w-bieschke/?modal=light-candle" hide_if_logged="" size="medium" type="login_with" show_face="true"]
×