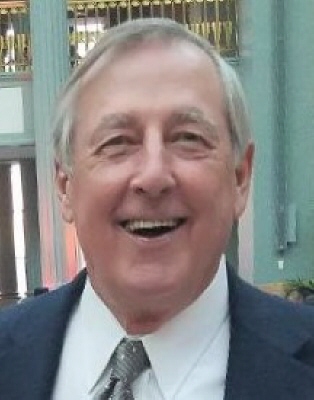 William “Bill” Phelps, 74 of Johnsburg, IL passed away peacefully in his sleep on Friday, July 3, 2020. He was born on October 8, 1945, in North Providence, R.I., the second of six children of Charles and Claire (Ottinger) Phelps.

Bill graduated from North Providence High School in 1963 and attended Providence College and Bryant University. He met his wife, Elizabeth, at Datapoint Corporation where they both worked in San Antonio, TX. They married in 1980 in Warwick, RI. Bill and Elizabeth lived in the New England area for sixteen years and spent the last twenty-six in Northern Illinois. Bill worked for Motorola in finance for thirty years and most recently for UniqueSoft before retiring in 2018. He loved to play golf and travel, and he was a big fan of the New England Patriots, Boston Red Sox, and Chicago Cubs. Bill was loved by all who knew him, and he will be sorely missed.

He was preceded in death by his parents and brothers Bob and Bruce.

A celebration of life will be held at a later date.

Arrangements were entrusted to Justen Funeral Home & Crematory in McHenry. For information, please call the funeral home at 815-385-2400 or visit www.justenfh.com, where friends and loved ones may share memories of Bill on his tribute wall.

To leave a condolence, you can first sign into Facebook or fill out the below form with your name and email. [fbl_login_button redirect="https://justenfh.com/obituary/william-wallace-phelps/?modal=light-candle" hide_if_logged="" size="medium" type="login_with" show_face="true"]
×